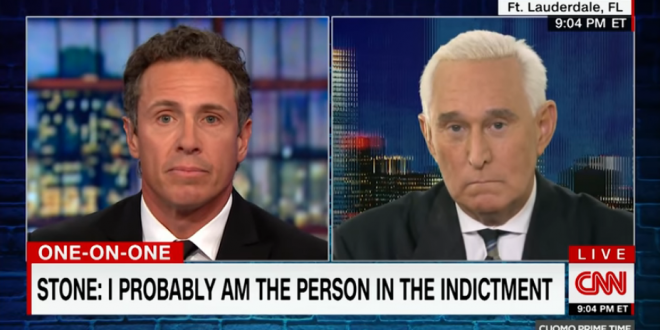 Stone, a former campaign adviser to Donald Trump, initially told The Hill on Friday that he didn’t think he was the unnamed person, but reversed course later that day when he appeared on CNN.

The indictment alleges the unnamed person had been in touch with senior members of Trump’s 2016 presidential campaign and exchanged Twitter direct messages with Guccifer 2.0, an online pseudonym of Russian operatives.

As you’ll see in the clip below, Stone claims that being named in the indictment actually somehow exonerates him because, he says, his exchanges with the Russian agents were “benign.”