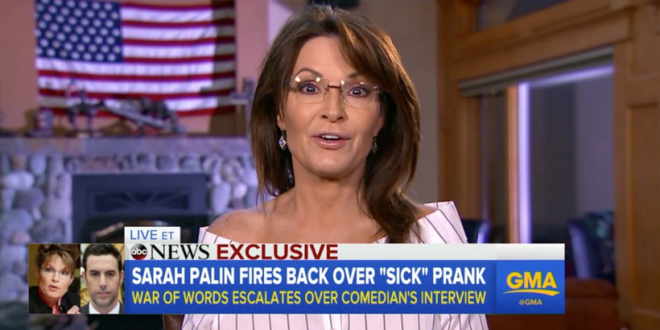 “There has been widespread misinformation over the past week about the character of Billy Wayne Ruddick Jr., Ph.D., performed by Sacha Baron Cohen on the Showtime comedy series ‘Who Is America?’” the statement read. “Baron Cohen did not present himself as a disabled veteran, and viewers nationwide who watched the premiere on Sunday can now attest to that.”

“In addition, Baron Cohen never presented himself as a veteran of the U.S. military to former Alaska Governor Sarah Palin during the booking process or during the filming of her interview, and contrary to her claims he did not appear in a wheelchair. In both the interview with Governor Palin and the interview with Senator Sanders, he did not wear military apparel of any kind.”

So much for all those teabagger screams to lock him up for “stolen valor.”