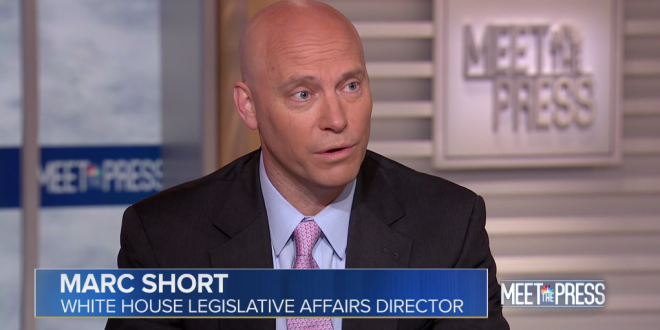 President Donald Trump’s legislative affairs director is heading for the exits just as the White House gears up for a major Supreme Court nomination battle and approaches a daunting midterm election landscape.

Marc Short, one of the administration’s longest-serving senior aides and a frequent spokesperson for the president on television, is planning to depart by July 20, according to a person familiar with the plans.

Short, who declined to comment on the record, is taking a position at Guidepost Strategies consulting firm and will teach at the University of Virginia’s business school, where he received his MBA, and will also serve as a senior fellow at the university’s Miller Center.