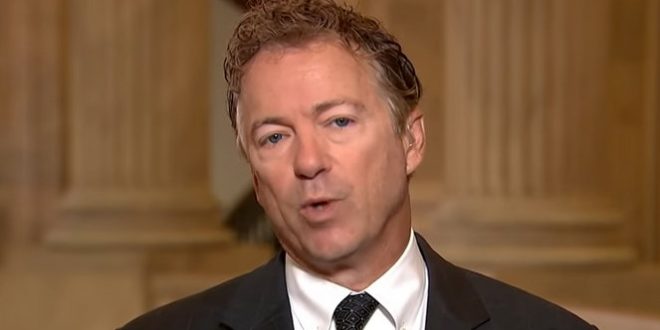 Sen. Rand Paul: I Will Vote To Confirm Brett Kavanaugh

Sen. Rand Paul said Monday he will support Donald Trump’s Supreme Court nominee, Brett Kavanaugh, paving the way for a likely confirmation in the Senate. “After meeting Judge Kavanaugh and reviewing his record, I have decided to support his nomination,” Paul tweeted Monday.

Paul met with Kavanaugh earlier this month, according to his chief strategist Doug Stafford, because he was concerned with Kavanaugh’s opinion on George Bush-era policies of spying on phone records and other data post-9/11.

“I’m worried about his opinion on the Fourth Amendment,” Paul said earlier this month. “Kavanaugh ruled that national security trumps privacy … that worries me.”

After meeting Judge Kavanaugh and reviewing his record, I have decided to support his nomination. No one will ever completely agree with a nominee (unless of course, you are the nominee). Each nominee however, must be judged on the totality of their views character and opinions.

I have expressed my concern over Judge Kavanaugh’s record on warrantless bulk collection of data and how that might apply to very important privacy cases before the Supreme Court.

Of course, my vote is not a single-issue vote, and much of my reading and conversation has been in trying to figure out exactly how good Judge Kavanaugh will be on other issues before the Court.

Finally, his strong defenses of the First and Second Amendments in landmark cases show someone who isn’t afraid to challenge the status quo and will fight with backbone. Judge Kavanaugh will have my support and my vote to confirm him to the Supreme Court.