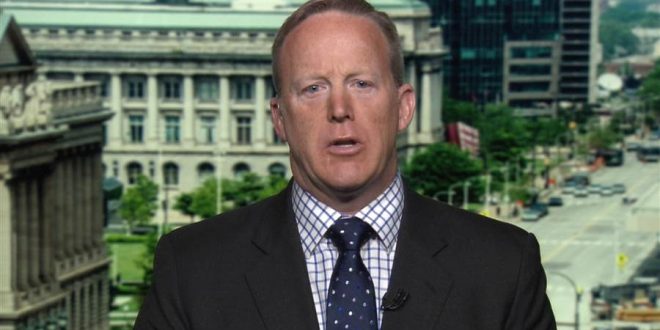 Two days later Mr. Spicer is having a glitzier, invitation-only party in the lobby of Trump International Hotel in Washington, where he is expecting cabinet officials, members of Congress, White House staff members, “talking heads and the D.C. and New York press corps,” he said.

He’s offering anyone who pre-orders his book a chance to win two tickets to the Trump Hotel event, plus a $200 Visa gift card. Mr. Spicer is not charging his guests to attend, but the Trump family is charging Mr. Spicer $10,000 for use of the space.