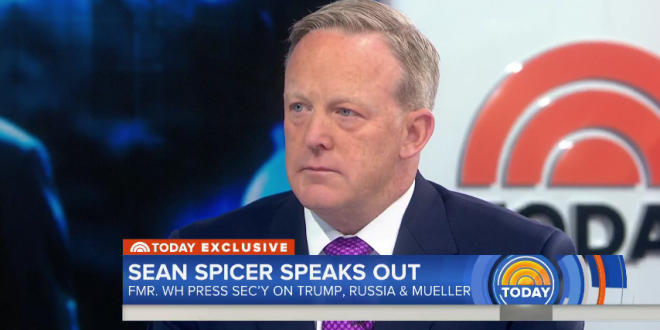 Sean Spicer Breaks With Trump: It’s Not A Witch Hunt

“As of now, I see no evidence that is it,” Spicer said during an exclusive interview on “Today” when asked if Mueller’s probe is a political witch hunt. Spicer, however, said that there has been “no evidence” of collusion between the Trump campaign and Russia.

He also added that he believes Russia meddled in the 2016 election but did not criticize his former boss for his widely condemned comments in which Trump appeared to say he believed Russian President Vladimir Putin’s assertion that his country did not orchestrate a campaign to interfere in the presidential election.

“Do you think that the Mueller probe is a political witch hunt as the president continually says?” –@savannahguthrie

“As of now, I see no evidence that it is.” –@seanspicer pic.twitter.com/k0LYF4ZDZ2