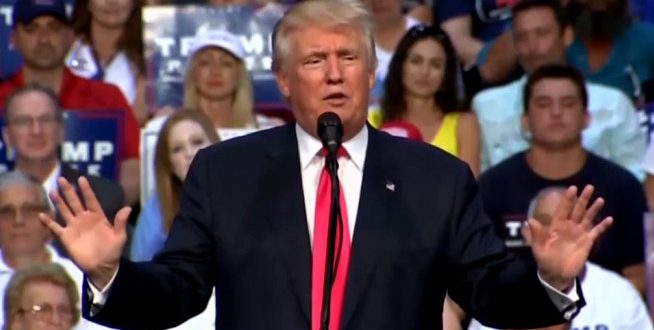 From today’s full-page editorial in The Scotsman:

Donald Trump is a racist, a serial liar, and either a sex abuser or someone who falsely brags about being one in the apparent belief that this will impress other men in a metaphorical “locker room”. To take each of these charges in turn, when black American football players protested against police shootings of innocent people of colour by refusing to stand for the national anthem, Trump said the players “maybe … shouldn’t be in the country”.

And when white supremacists, neo-Nazis and armed militia groups demonstrated in Charlottesville, Virginia, over plans to remove a statue of a Confederate general – and a counter-protester was killed and others injured as a car was driven deliberately into them – Mr Trump claimed there were “very fine people” on both sides.

Before his presidency, Trump was recorded saying he was able to grope women whenever he liked because “when you’re a star they let you do it”. When the tape emerged, Trump said his boast was untrue and just “locker room” talk. And when several women came forward to say he had done this to them, he insisted they were lying. So, as British politicians hide their distaste in an attempt to get a much-needed post-Brexit trade deal, we should all remember what kind of man Trump really is.