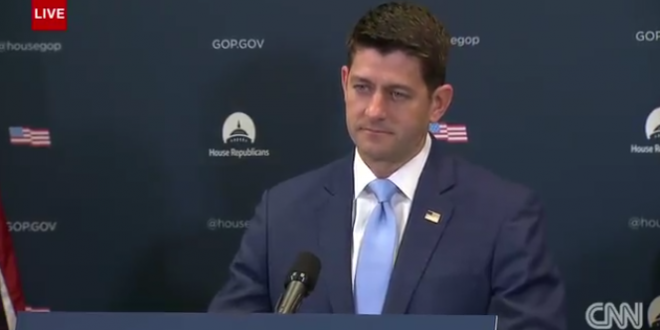 Speaker Paul Ryan said Tuesday that he thinks President Trump is “trolling” people with his threat to revoke the security clearances from former top national security officials who have criticized him and his policies.

But if he’s serious, there wouldn’t be much Congress could do about it, according to Ryan: “This is something that’s in the purview of the executive branch,” he said.

Previous Alex Jones Threatens To Shoot Robert Mueller: You’re Going To Get It Or I’m Gonna Die Trying, Bitch [VIDEO]
Next Jeff Sessions Laughs At “Lock Her Up” Chants [VIDEO]