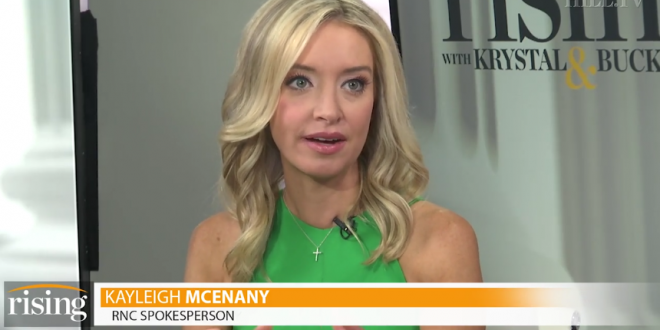 From this morning’s The Rising:

“We were a big proponent of Graham-Cassidy, that of course was the Senate bill that gave the states the power and allowed each state to select what the best way forward was for them on healthcare,” McEnany said. “That was one vote short, and if we maintain the House as we expect we will, pick up a few Senate seats, Graham-Cassidy can become a reality,” she said.