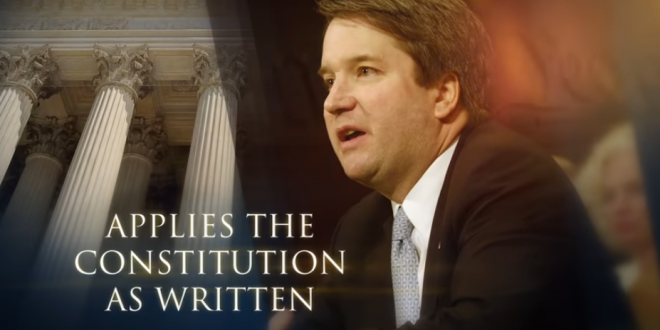 A top conservative group is launching a $1.4 million campaign targeting swing votes in the upcoming fight to confirm Brett Kavanaugh, President Trump’s Supreme Court nominee. The Judicial Crisis Network on Monday night announced that the ads will appear on national cable channels and in digital advertising.

“Judge Kavanaugh is a home run,” said Carrie Severino, the chief counsel and policy director for the Judicial Crisis Network. “Like Gorsuch, Judge Kavanaugh is brilliant, fair and independent, committed to following the law and honoring the Constitution. I look forward to the confirmation of another great justice.”

The group, which played a role in last year’s Senate confirmation of Justice Neil Gorsuch, will use the ad buy to target states that are home to four red-state Democrats: West Virginia, Indiana, North Dakota and Alabama.

The Judicial Crisis Network used to call themselves the Judicial Confirmation Network. Then we got a black president.