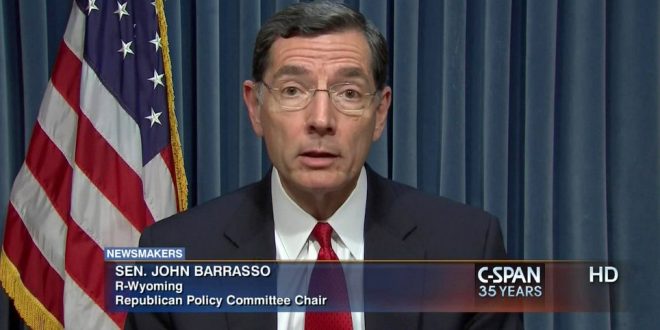 The Republican chairman of the Senate Environment and Public Works Committee introduced a draft bill this week that has conservationists worried. The legislation proposed by Wyoming Sen. John Barrasso will significantly revamp the Endangered Species Act, but critics of the move say it will essentially gut the law.

Jason Rylander, a senior attorney with Defenders of Wildlife, is one of many such critics to raise concerns about the proposal. “The bill would undermine the Endangered Species Act in a whole lot of ways,” Rylander said in a phone interview.

Republicans have long sought to eliminate or weaken the law and give more regulatory control over its implementation to states, landowners and industry. Barrasso’s draft bill, which he introduced Monday, would do just that, while reducing the role of the federal government.

Wyoming’s role in the Barrasso bill, however, has concerned multiple groups that lean left, like the Animal Welfare Institute, given the state’s position in favor of hunting formerly listed species like grizzly bears and gray wolves.

The Institute was one of more than 400 groups that sent a letter to Congress last year warning lawmakers of doublespeak concerning the Endangered Species Act. Words like “modernize” and “reform,” they wrote, shadowed the real intent to unravel another regulation in favor of energy development or political gain. The ESA is based on science, not politics, they argue.

“This attempt to eviscerate key provisions of the Endangered Species Act is a blatant giveaway to industry, and not a genuine effort to improve species preservation,” said Cathy Liss, president of the Animal Welfare Institute in a statement about the bill earlier this week. “The changes proposed in this bill would expose an increasing number of species to extinction.”