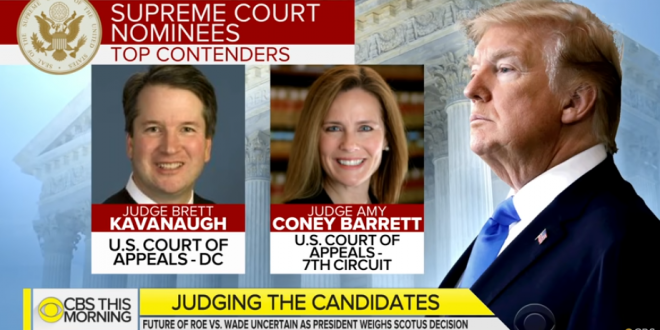 As the President vets candidates who could become his next Supreme Court justice nominee, Trump’s level of comfort with each candidate is a key factor, according to Axios. Citing a White House official, Axios reported that the person that Trump ultimately picks will be “who he feels most comfortable with in a personal setting.”

The candidate and their spouse’s appearance is also important to Trump, Politico reported, citing one person who said it is paramount to Trump that his pick “looks all-American.”

“Beyond the qualifications, what really matters is, does this nominee fit a central casting image for a Supreme Court nominee, as well as his or her spouse,” a Republican close to the White House told Politico. “That’s a big deal. Do they fit the role?”

The full Politico piece is very telling. But not surprising.