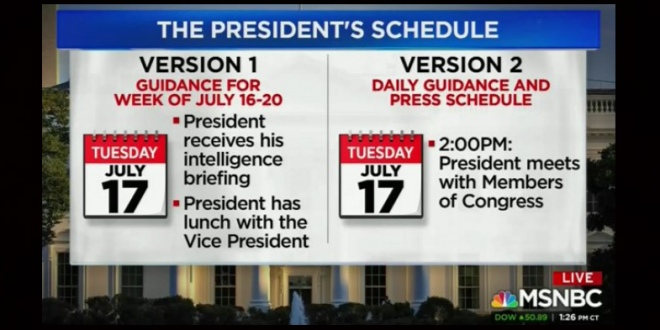 “Katy, you asked if [Trump] had consumed the media coverage,” NBC News Pentagon correspondent Hans Nichols said. “He did not make his way to the West Wing until well after noon today, that gave him plenty of time to digest the media and perhaps watch a little cable TV.

“I feel like we’re living on Planet One and Planet Two.”

Previous State TV Host Jeanine Pirro: What Was Trump Supposed To Do, Just Take Out A Gun And Shoot Putin? [VIDEO]
Next NEW YORK: Former Senate GOP Leader Found Guilty Of Bribery And Extortion After Retrial Because SCOTUS