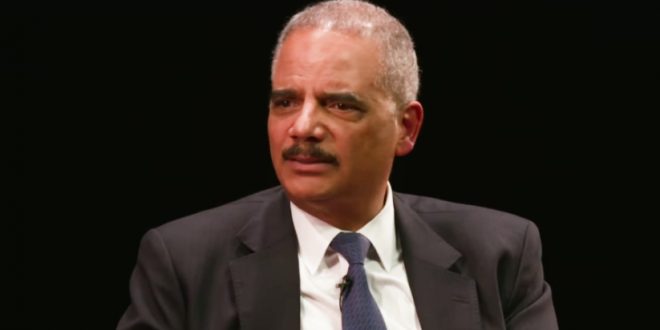 Eric Holder is poised to make a late-night TV appearance early next week as chatter swirls that he’s eyeing a 2020 White House run. The former attorney general will sit down with Stephen Colbert on CBS’s “The Late Show” on Monday, the network announced Friday. American Urban Radio Networks’ White House correspondent April Ryan had reported Friday that Holder, who led the Justice Department from 2009 to 2015 under former President Obama, was gearing up for a presidential bid to be announced next year. Holder, 67, said earlier this year that he hadn’t decided yet on whether to challenge President Trump for the Oval Office.

Breaking: More news on @EricHolder possible presidential bid announcement. A source confirms the @EricHolder announcement will be made in the “first quarter of 2019.” Stay tuned!