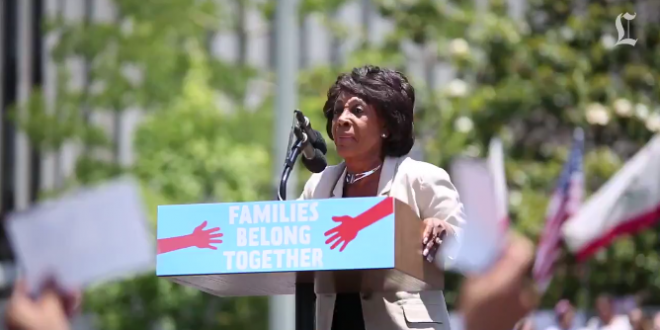 Rep. Maxine Waters On Death Threats Against Her: If You Shoot Me, You Had Better Shoot Straight [VIDEO]

Waters, who has long been an outspoken critic of President Donald Trump, made the comments during a speech at the “Families Belong Together March” in Los Angeles after canceling events in Alabama and Texas last week because of “hostile mail” and “one very serious death threat,” CNN reported.

‘If you shoot me, you better shoot straight. There’s nothing like a wounded animal.’ — Rep. Maxine Waters had a powerful message for those threatening her #FamiliesBelongTogetherMarch pic.twitter.com/yvLQqbVLKr