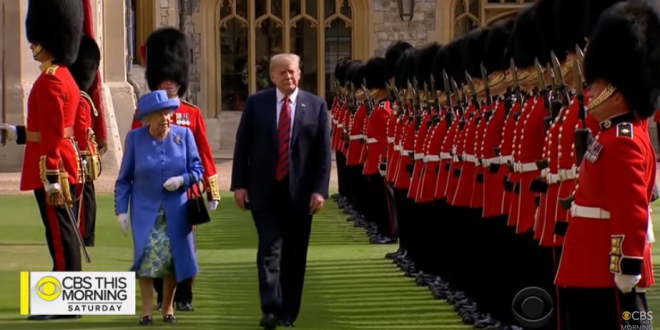 Prince Charles and Prince William were unwilling to meet Donald Trump on his visit to Britain, leaving the Queen to greet the US president alone. The first two in line to the throne let it be known during informal discussions about the arrangements for the president’s four-day trip that they did not want to take part.

Downing Street and Buckingham Palace said Trump’s tour was not a state visit and that the only plan drawn up involved the Queen greeting the president and his wife Melania alone. However, a well-placed source said senior courtiers discussed which royals to include and shared concerns about Charles’s and William’s reluctance to participate.

“This business of Prince Charles and Prince William not being there for the Trump visit was a snub,” the source told the paper. “They simply refused to attend. It’s a very, very unusual thing for the queen to be there on her own. Usually she is accompanied by somebody. Prince Charles has been substituting for Philip a lot recently.”

Prince Philip, who, at 97, has officially retired from royal duties, “goes to what he wants to go to,” the source said, adding that “if he had wanted to be there he could have been.” The Trumps met with the queen on Friday for tea at Windsor Castle, sparking social media backlash among the British public after video showed the president walking in front of the queen.

Previous Jeanine Pirro: Republicans Conducted Themselves In A “Genteel Manner” During Peter Strzok Hearing [VIDEO]
Next Trump On Asking Putin To Extradite Russians Charged With Hacking Dems: I Hadn’t Thought Of That [VIDEO]