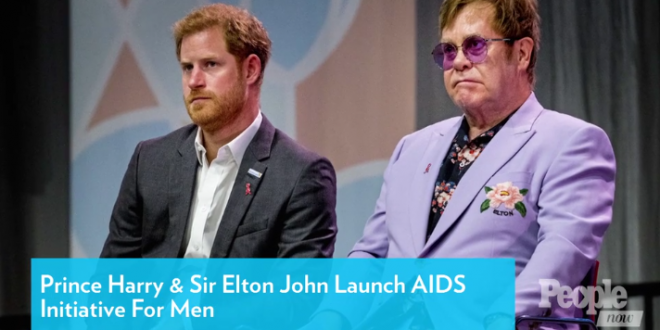 Following in the footsteps of his late mother Princess Diana, Prince Harry is continuing to prove himself a people’s prince this week at the 2018 International AIDS Conference in Amsterdam.

With the help of longtime family friend Sir Elton John, 71, who also performed at Harry and Meghan Markle‘s wedding reception in May, the Duke of Sussex, 33, announced the launch of the billion-dollar MenStar Coalition project, a new network of international funders for AIDS research.

“We stand here at a moment when the progress we have fought so hard for is at risk from a dangerous complacency,” Prince Harry, who is carrying on Princess Diana’s legacy of dismantling the stigma around HIV/AIDS, told delegates at the conference on Tuesday.

Princess Diana may be gone, but her legacy lives on with her sons. Prince Harry honored his mother by teaming up with Elton John to fight AIDS https://t.co/oiv17RPngY pic.twitter.com/8vQZ1OAZPP