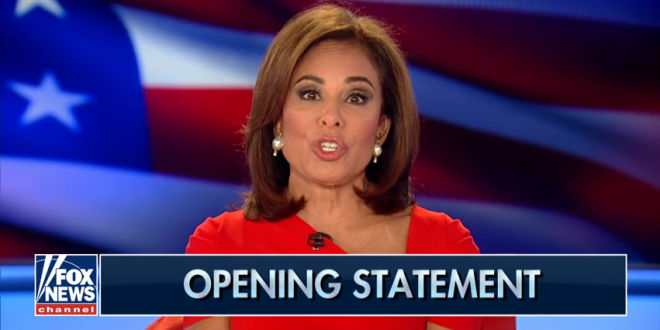 “Nobody needs to feel sorry for me, I’m a big girl, and I would go back on The View again. No one intimidates me. There is a bigger issue of that play here. The View is a microcosm of what’s going on in the country. The level of hatred toward the 45th president of the United States is beyond anything we have seen in American history. He was once an icon sought after for movies, television, by politicians on both sides of the aisle, sports figures and yes, even the media. Then he ran for president.

“Now Donald Trump is the target of vitriol so palpable it’s simply frightening. And reason has become irrelevant. We can’t have conversations anymore. What you’re doing is tearing down America. You’re tearing down the values of the United States. Everyone has the right to speak. But when you can’t even listen to what someone has to say because you despise the man who is president, you undermine not the president, you undermine the United States.

“To Whoopi, I accept that you and I have different versions of what happened both on and off the air and we have completely different takes on President Trump and the job he’s doing. So let’s agree to disagree and put this episode to bed once and for all.” – Jeanine Pirro, speaking last night on her state television show.

Jeanine Pirro seemed to deliberately leave out the moment when she reportedly called @TheView crew “cocksuckers” in front of the audience, as a witness told @thedailybeast this week. https://t.co/SD5YEH2XQ8