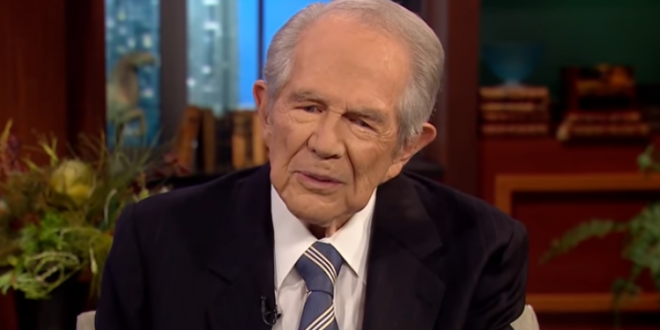 Robertson: I Don’t Even Know If Retired Supreme Court Justice David Souter Is Alive, But He’s A Closet Case

“Souter had no record whatsoever. He was a stealth candidate and nobody knew anything about him. Despite a lot of opposition from people like me, the Senate confirmed Judge Souter for the Supreme Court where he became an absolute disaster. He was always on the side of the left. He was a confirmed bachelor and I won’t go beyond that, but there was some latent problems with him. He was really a horrible judge. I don’t know whether he retired or died or what happened to him, but he’s no longer on the bench.” – Pat Robertson, speaking on today’s 700 Club in support of SCOTUS finalist Brett Cavanaugh.

David Souter, now 79, retired in 2009 and was succeeded by Sonia Sotomayor. He currently lives alone in a small New Hampshire town and reportedly does not own a computer or a mobile phone.