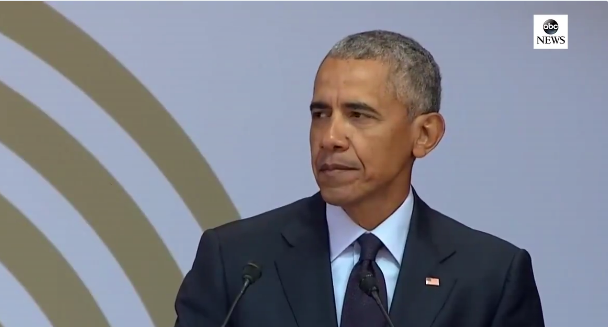 Obama: These Are Disturbing, Head-Spinning Times

He is speaking in South Africa to mark the 100th anniversary of  Nelson Mandela’s birth. While not directly mentioning his successor, President Donald Trump, Obama is expected to counter many of Trump’s policies, rallying people to keep alive the ideas that Mandela worked for including democracy, diversity and good education for all.

Former Pres. Barack Obama says we are in “strange and uncertain times”: “With each day’s news cycles bringing more head-spinning and disturbing headlines, I thought maybe it would be useful to step back for a moment and try to get some perspective” https://t.co/mtnFeMgctH pic.twitter.com/iIlp7iRnNI