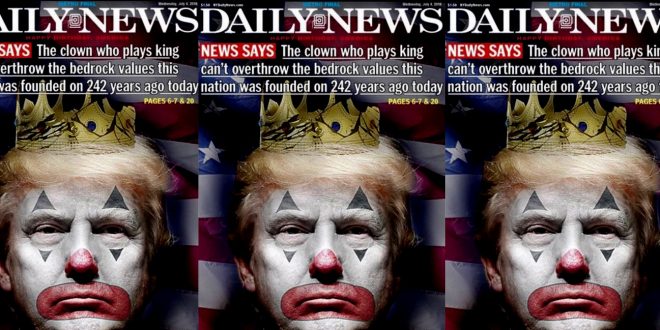 On the occasion of the 242nd birthday of the United States of America, again recall the words of our foundational creed: “We hold these truths to be self-evident, that all men are created equal, that they are endowed by their Creator with certain unalienable Rights, that among these are Life, Liberty and the pursuit of Happiness.”

Enter the current occupant of the White House, who devotes this nation’s potent energies to barricading the borders, to separating refuge-seeking mothers from children, to ordering parents to leave the country with or without their kids now that a court has ordered their reunion.

The Declaration of Independence spoke to such arbitrary cruelty, against an arrogant monarch who “has endeavoured to prevent the population of these States; for that purpose obstructing the Laws for Naturalization of Foreigners; refusing to pass others to encourage their migrations hither…” The President who plays king won’t conquer the bedrock values this nation was founded on.

There have been many horror movies about clowns. And now the entire world is living in one.