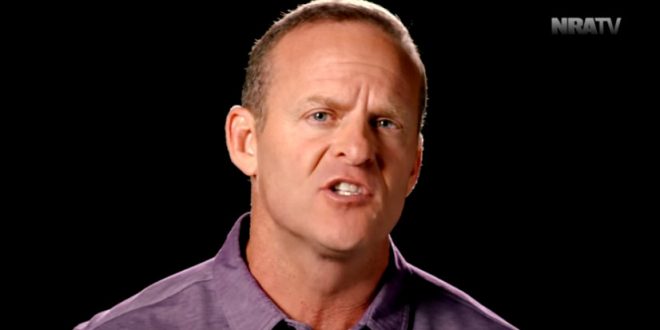 “This is a president who said, remember, grab them by the, by the P. Caught on tape saying that. He says he’s going to walk down on Fifth avenue and shoot somebody in the head and he’d get away with it. He’s got the Stormy Daniels thing, and you know what? Nobody gives a rat’s ass about any of it. The reason being is, America is finally on track again. And so we are doing great things being led by this president, nobody cares about all of that stuff.