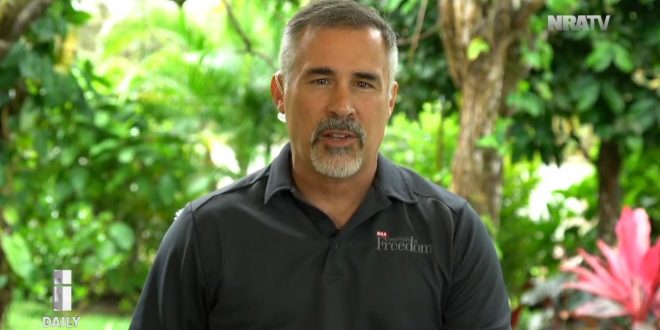 During the July 20 broadcast of NRATV’s Stinchfield, Holton discussed his reporting on gun laws in several European countries and how they compare to those in the United States.

Holton praised Switzerland’s high gun ownership and low crime rate, which he attributed to the country’s “homogeneity,” saying he wished we could “go back to” having one culture in the U.S. NRATV host Grant Stinchfield attempted to clean up Holton’s comment by adding “regardless of color or race or religion, or any of those things.”

Hit the link for video.

Previous Roseanne: My Show Got Canceled Because I Voted For Trump And That’s Not Allowed In Hollywood [VIDEO]
Next Glorious Leader Again Attacks Protesting NFL Players