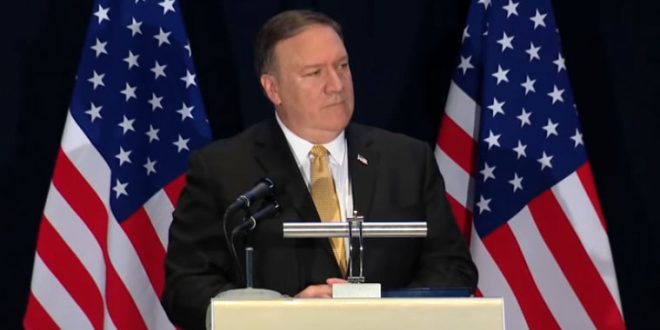 North Korea says high-level talks with a U.S. delegation led by Secretary of State Mike Pompeo were “regrettable” and has accused Washington of trying to unilaterally pressure the country into abandoning its nukes. The statement by an unnamed North Korean Foreign Ministry spokesman on Saturday came hours after Pompeo concluded two days of talks with North Korean officials led by Kim Yong Chol.

The statement says that the United States betrayed the spirit of last month’s summit between President Donald Trump and North Korean leader Kim Jong Un by making unilateral demands on “CVID,” or the complete, verifiable and irreversible denuclearization of North Korea. It says the outcome of the follow-up talks was “very concerning” because it has led to a “dangerous phase that might rattle our willingness for denuclearization that had been firm.”

Previous DOJ Loses Bid To Extend Reunification Deadline, Must Give List Of 101 Migrant Children To ACLU By Today
Next Glorious Leader Calls For Twitter To Delete “Fake” Accounts For New York Times And Washington Post