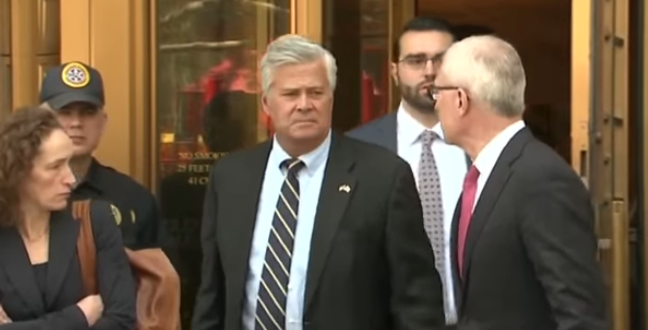 Dean G. Skelos, once one of the most powerful political figures in New York State, was found guilty of bribery, extortion and conspiracy on Tuesday, marking the fourth time in five months that a major federal case targeting corruption in Albany has ended in a conviction.

The jury in Federal District Court in Manhattan deliberated for three days before finding Mr. Skelos and his son, Adam, guilty; prosecutors said the elder Mr. Skelos, the former leader of the State Senate’s Republican majority, had wielded his political clout to pressure business executives to send his son around $300,000 for a patchwork of no-show or low-show jobs.

Both Mr. Skelos and his son were convicted on those charges in 2015, but their convictions were overturned last year after the Supreme Court limited the definition of public corruption.

Skelos, you may recall, was one of the primary obstacles to New York achieving marriage equality, which finally happened in 2011.