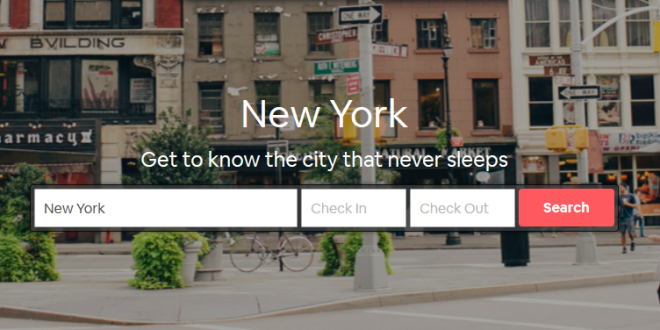 Last week, Airbnb Inc. was dealt one of its biggest blows in the company’s 10-year history. New York City council members voted to require the home-rental company to hand over the names and addresses of its hosts in the city. The officials have said they need the information to police Airbnb hosts that operate illegally and drive up neighborhood rents.

Airbnb has said the bill represents an unreasonable violation of users’ privacy. The new legislation would dramatically cut Airbnb’s New York City bookings, as the city promises to use the data to lead a sweeping crackdown on short-term home rentals.

If the New York bill becomes law as expected, it could give Airbnb-skeptical regulators around the world a straightforward playbook to copy as they seek to limit the company’s influence, said Scott Shatford, CEO of hospitality analytics company AirDNA. “Other cities will now see that data is the key to enforcement,” Shatford said.

When it comes to New York City politics, Airbnb doesn’t go down without a fight. The New York City Council last week unanimously voted, 45 to 0, to pass a bill that requires Airbnb to give the city the names and addresses of people who rent their homes on its site. If Airbnb refuses, it could face thousands of dollars in fines.

The council said the goal of the bill is to give it an enforcement mechanism to find “bad actors” that rent out multiple apartments to tourists on a short-term basis, which cut into the city’s limited housing supply.

Leading up to the vote, Airbnb did all it could to stop the bill. It held protests in front of New York City Hall. It financially backed a lawsuit against the city. And it authored a report detailing which city council members reportedly received campaign contributions from the hotel industry.

The cost of Airbnb to New York renters: $616 million. That’s the conclusion of a new report by city Comptroller Scott Stringer that details the home-sharing website’s impact on housing affordability from 2009 to 2016. It’s no secret to New Yorkers that leasing costs skyrocketed during the time.

But to isolate the Airbnb effect, Stringer’s office compared the growth in what rents would have been without listings on the site to what they actually were. Airbnb Inc. disputed the study’s findings, calling them “wrong on the facts” and containing “substantive issues with the methodology.”

Owners who list their apartments for short-term stays essentially are removing those units from the rental market, reducing the supply of housing and pushing up the cost of what remains, according to the report.

Previous Trump Hails “Greatest” Tariffs Ahead Of EU Meeting
Next Inside The Dark, Violent, Misogynistic World Of Incels