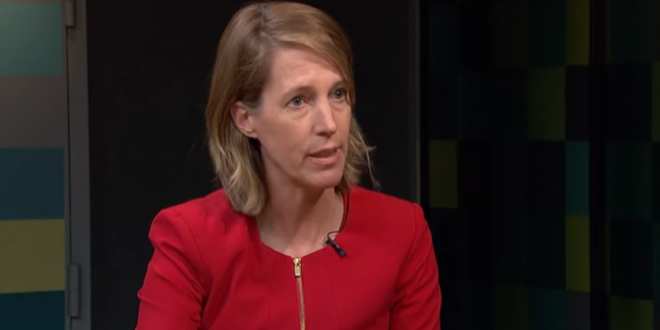 Is there a backdoor to getting at President Donald Trump’s tax returns? At least one Democratic activist says yes, and it’s through a New York state investigation into Trump’s charity.

State attorney general candidate Zephyr Teachout held a news conference in front of Trump Tower on Wednesday calling on the governor to grant authority to state prosecutors pursuing a civil case against the Trump Foundation to launch a criminal probe, a shift that she says could lead to the release of the president’s tax returns. Trump has refused to release his returns, bucking decades of precedent.

“Not having Donald Trump’s tax returns is a national security issue,” said Teachout, a law professor at Fordham University. “We don’t know foreign money flows to the president.” Within hours, Gov. Andrew Cuomo, who is running for a third term in November, said he would grant such authority if asked by the attorney general.