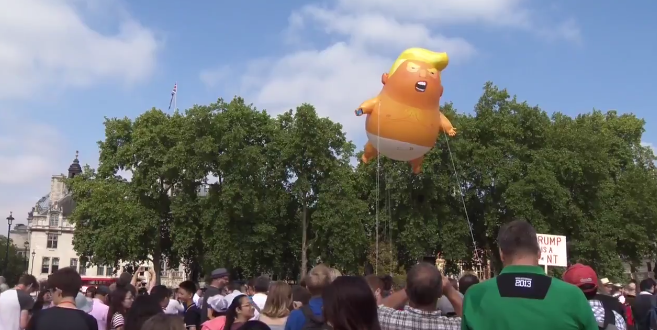 Thousands have been raised to bring the viral sensation President Donald Trump baby balloon to New Jersey, but one Ocean County woman launched her own short-lived campaign to take it down — literally.

Kathie Kitt Conklin started a GoFundMe page Thursday that stated her intention to pop the Trump baby balloon, and asked for donations toward her bail should she be arrested in the process.

“I’m tired of people disrespecting our President! I plan on taking out this ridiculous balloon.” Conklin’s page stated. The fundraising platform removed the campaign late Thursday morning, citing a violation of GoFundMe’s terms of service, a spokesperson said in an email. All donors have been refunded.