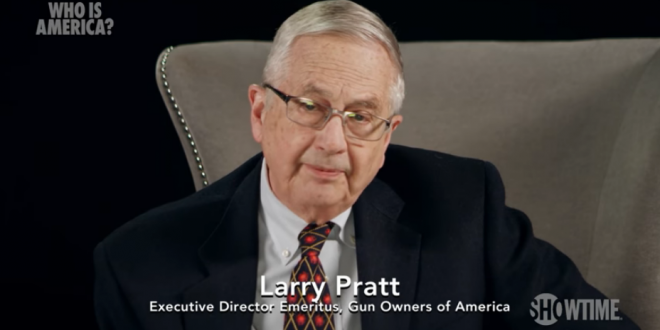 Sarah Palin, Alabama politician Roy Moore and former congressman Joe Walsh are among those who have lashed out at Cohen in advance, essentially turning themselves into ambassadors for Showtime’s marketing department. The piece de resistance, though, comes during the closing third, as Cohen masquerades as an Israeli gun enthusiast, convincing gun-rights advocates and Republican politicians to endorse his proposal to train toddlers in the use of firearms.

Walsh turns up during that sequence, which also includes former Mississippi senator Trent Lott and GOP congressmen Matt Gaetz, Dana Rohrabacher and Joe Wilson. Those interviews are riotously funny, if only because everyone seems so earnest — or at the very least, polite — about someone asking them to read copy that proposes arming four year olds, backed up by claims peppered with scientific gibberish.

The best bits are in the second video below.