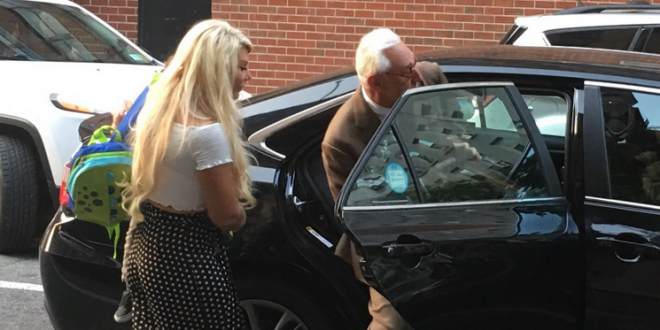 Kristin Davis, the Manhattan Madam who went to prison and was connected to former New York Governor Eliot Spitzer, is being subpoenaed in the Robert Mueller investigation, TMZ has learned. Davis worked for former Trump aide Roger Stone for a decade, and had numerous interactions with Stone and Andrew Miller — who ran Davis’ campaign for Governor and who was subpoenaed by Mueller a month ago.

Davis ran for governor in 2010 on a platform of legalizing prostitution, marijuana, and same-sex marriage, finishing with 0.44% of the vote. She pleaded guilty to drug dealing charges in 2014 and served 19 months in federal prison.

Pretty sure I just saw Roger Stone getting into a car on the UES with a toddler-toting Kristen Davis, the so-called “Manhattan Madam” who was recently in prison on drug charges. Stone is reportedly the baby’s godfather. pic.twitter.com/zZ55Nof41W