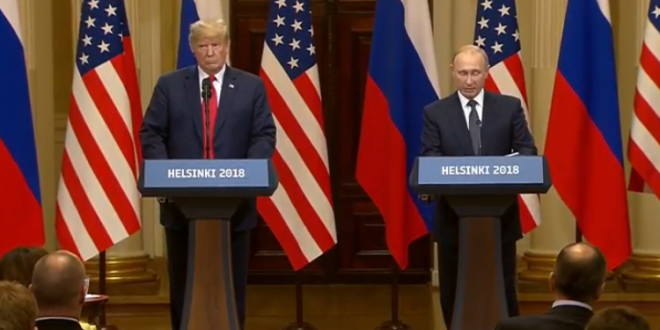 Yes, almost every elected Republican we talk to privately thinks President Trump’s warm embrace of Vladimir Putin was unexplainable, unacceptable and un-American. Yes, they wish they could say this publicly. No, they won’t — not now, and probably never.

The cold, hard reason: They see no upside in speaking out — and fear political suicide if they do, numerous Republican officials tell us. Why it matters: This is the mind-control power Trump has, thanks to 90 percent of Republicans approving of his tactics and performance.

These 90 percent empower and are empowered by Fox News and a pro-Trump social media ecosystem that always comes to the president’s defense, even if they flinch for a moment or two.

Most Republican members are willing to admit POTUS doesn’t operate in reality, but know they’re doomed in their next primary if they say so publicly. As long as that’s true, we’re headed for a world w/ zero accountability.

I’m furious R’s are cowardly about Trump. But here is what they say in private: 1.) Trump is a disgrace. 2.) I give fiery press conf tmmrw saying that. 3.) Nothing changes, Trump remains nuts and remains POTUS. 4.) A nut beats me in next primary. So how does my pol suicide help? https://t.co/ZitCfRogHd