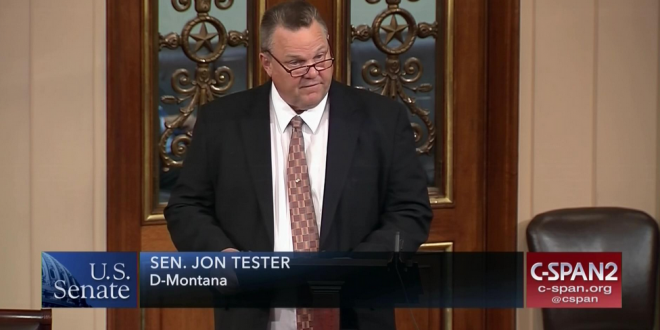 A Helena judge is ordering the Montana Green Party removed from the ballot this fall, saying the group did not submit enough valid signatures to qualify. Helena District Court Judge James Reynolds on Monday signed an order directing the Secretary of State to take the Montana Green Party off the ballot after he invalidated signatures gathered through a petition process.

Earlier this year, on the last day possible, the Montana Green Party qualified to run candidates in this year’s midterms by submitting enough signatures gathered by people around the state. A handful of Green Party candidates filed, including two seeking to oust Democrat U.S. Sen. Jon Tester, who is running for his third term. One Green Party candidate is a longtime party member and advanced past the primary, the other had previously been on the state Republican Party’s payroll.

Earlier this year, state Democrats raised eyebrows after ostensible Green Party supporters turned in more than 7,000 signatures on the final day of qualifying. At least two of those signature gatherers identified themselves in social media postings as employees of Advanced Micro Targeting, a Republican political consulting firm in Nevada.

The decision means artist and gallery owner Steve Kelly will not appear on November’s ballot against Tester and state Auditor Matt Rosendale (R). That could be a needed assist for Tester, one of the most vulnerable Senate Democrats seeking re-election this year, who might have feared losing some liberal voters to Kelly.