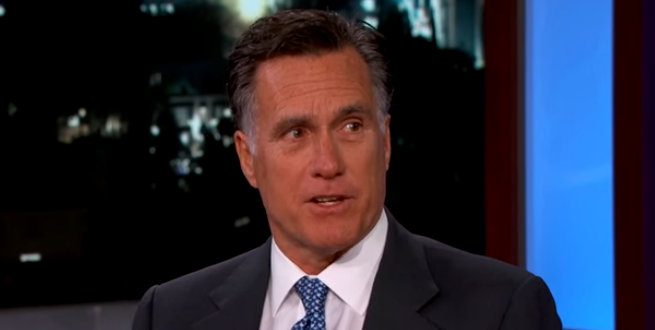 Mitt Romney Is “Not A Fan” Of Trump’s Trade Wars

As new tariffs on internationally imported goods go into effect today, Mitt Romney tweeted his disapproval towards the trade wars these tariffs are causing.

“I’m not a fan of trade wars,” Romney tweeted. “I hope the new tariffs going into effect today can soon be removed and replaced by a mutually agreeable trade agreement.” Romney goes on to state that trade wars “are a tax on Americans,” but more specifically, they are a tax on Utahns.

“They have severe consequences for many employers and inevitably cost American jobs,” Romney tweeted. “They are particularly punishing for agriculture, a sector in Utah already under duress from wildfire, drought and challenging public land policies.”

My thoughts on the trade war. pic.twitter.com/uegY4eUGjR

Previous Fox Host: If Obama Had Implemented These Tariffs We’d Be Screaming That He’s Killing The US Farmer
Next Right Winger Steve Deace Storms Off HLN Set After Guest Mentions Existence Of Christian Sharia [VIDEO]