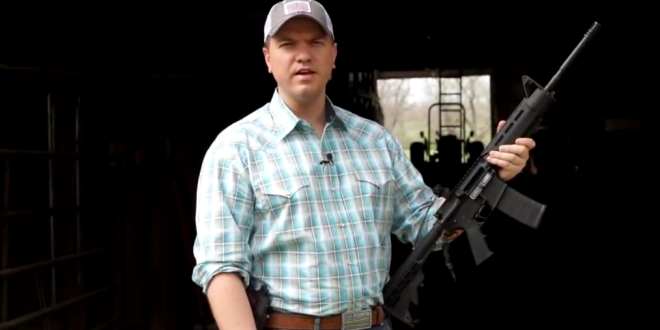 Nearly a year after he was temporarily booted off of Facebook for raffling off an AR-15 rifle, a Republican candidate for U.S. Senate is giving away a machine capable of printing parts for a similar firearm.

Austin Petersen, who ran for president as a Libertarian in 2016, issued a press release and a letter to potential donors announcing the giveaway Tuesday saying Republicans have not done enough to protect gun rights.

“This technology has the potential to send gun control into the ash heap of history. The government’s ability to control or ban guns will be obsolete,” he notes in the fundraising appeal. “I think the new prize may trigger a few more liberals and mainstream media than it did last time.”

Ghost Gunner 2 is a device that allows users to print guns at home without serial numbers, rendering them untraceable by the government. The Ghost Gunner 2 and similar devices have been touted by gun supporters as a possible “end” to gun regulation.

The giveaway comes days after the government reached a settlement with gun rights activists that will allow them to post and sell plans for 3D printed firearms online. Petersen is one of 11 GOP candidates vying for the nomination to take on incumbent Sen. Claire McCaskill (D) in the November general election.