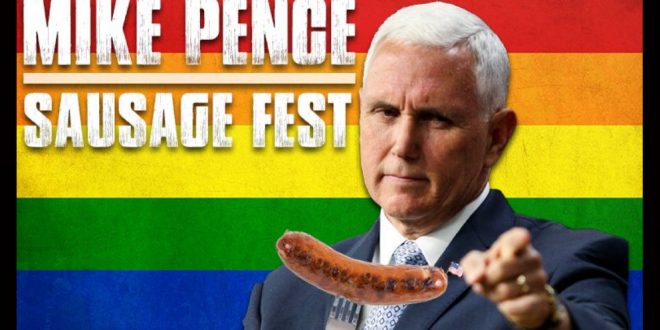 The LGBTQ community in Kansas City and radio station 96.5 The Buzz are throwing a picnic of sorts for Vice President Mike Pence when he visits Kansas City to fundraise for Kansas Republican Congressman Kevin Yoder. The station is calling it a “Mike Pence Sausage Fest.”

The group argues the vice president encourages discrimination against their community and issues like spending government money on programs for conversion therapy, something Pence has denied, calling it “Fake News.”

Mike Pence is coming to Kansas City this Wednesday. Pence is no fan of the LGBTQ+ community, and we’re no fan of his. So we’re throwing The Mike Pence Sausage Fest across the street at Barney Allis Plaza starting at 11a. Stop by and get a free hot dog while we have them! pic.twitter.com/nqWz1ZFnSQ