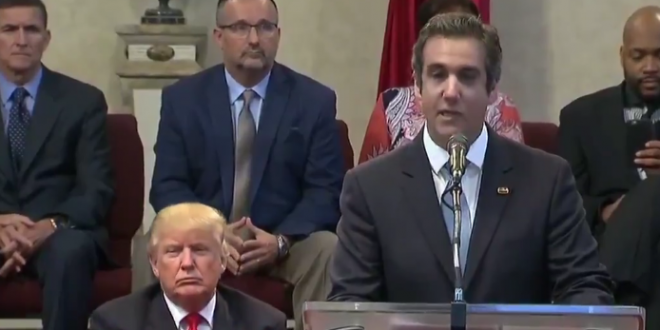 Michael Avenatti: Michael Cohen Has Multiple Secret Tapes Of Trump And Should Release Them All [VIDEO]

“I know for a fact that this is not the only tape,” Avenatti said. “I think this is a very serious matter and I think that any or all audio tapes that Michael Cohen has in his possession relating to this president should be released for the public.”

“There’s nothing that’s stopping Michael Cohen from releasing the audio recordings that he made between him and the president concerning my client, Ms. McDougal, and others,” Avenatti said.

“There are multiple audio recordings, and our position is that they should be released immediately. So again, the American people can decide what the next steps are. Period.”

Here is what I said less than two months ago. I demanded the release of what I called the #TrumpTapes then, and I am demanding the release of them again now. #Basta https://t.co/vfES5ncVFT

And there is a reason why I used the term that I did and demanded the release of the #TrumpTapes as opposed to the #TrumpTape. If Michael Cohen is a patriot, then ALL of the tapes should be released to the American people. Now. Too much is at stake. #Basta