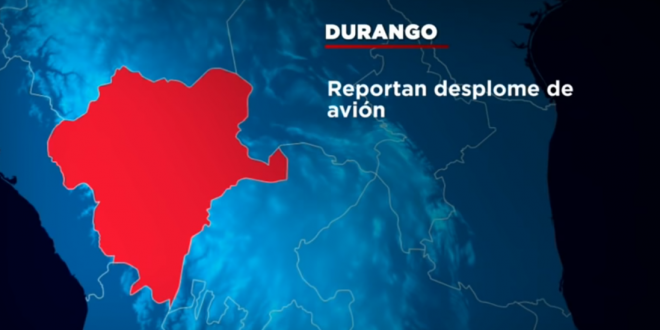 An Aeromexico plane crashed in the northern state of Durango on Tuesday, television images showed, with the state’s governor saying the accident happened close to an airport. The Mexican airline wrote in a post on Twitter that it was aware of reports of a crash in Durango and was seeking to verify the information and obtain details.

Governor Jose Rosas Aispuro wrote on Twitter that there were no official figures on deaths or injuries yet. TV images showed the tail of a plan bearing an Aeromexico logo emerging from scrubland and a column of smoke rising into the sky. A reporter for network Milenio said some passengers had survived and walked to a highway to seek help.

#BREAKING: New Photo Of The Plane Up In Flames Its Believed To Be A Boeing 737 Used By The Airline #Aeromexico. #BreakingNews pic.twitter.com/R65zHTLbJf

• The Embraer E190 has an impeccable safety record — this aircraft involved in #AM2431 crash was 10 years old.

• #Aeromexico are the flag carrier airline of #Mexico, a very safe airline — and haven’t had a incident with a fatality in over 30 years. pic.twitter.com/SACv5YuIin

We are aware of an accident in Durango and we’re working to gather details and verify the information. Follow our official communication channels for more updates.

[Breaking] An @Aeromexico @embraer #E190 crashed shortly after take off from Durango Airport, Mexico. As per available data, this could be flight #AM2431 bound for Mexico City. (pics: @karhimr & @n_larenas) #Aeromexico pic.twitter.com/gf9aYOgfoz