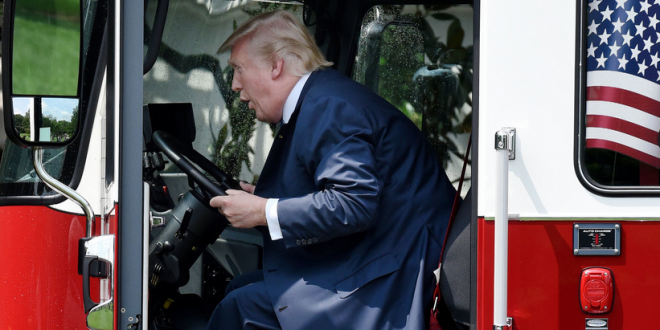 President Donald Trump is hosting companies from across the country at the White House for the Made in America Product Showcase on Monday afternoon at 3 p.m. ET.

The is the second annual product showcase hosted by the Trump administration. At the event in 2017, Trump climbed into the driver’s seat of a firetruck for a photograph opportunity with the White House press corps.

The event comes as the Trump administration digs in on a trade war with China and the European Union. President Trump says he’s prepared to impose tariffs on all $505 billion in goods that China imports into the U.S. if the trade war he ignited escalates.