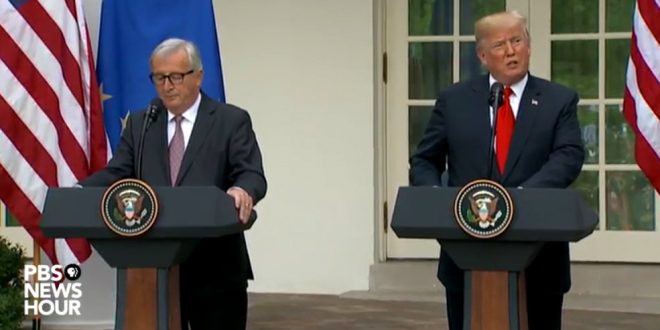 The European Union delegation meeting with President Donald Trump Wednesday agreed to some concessions in an effort to avoid a trade war with the U.S., according to a European official in the room.

The official said European Commission President Jean-Claude Juncker and his top trade official Cecilia Malmström agreed to work with the U.S. administration to lower industrial tariffs on both sides, increase LNG exports and soy beans to Europe, and align regulatory standards to allow for medical devices to have better market access in Europe, the official said.

Both delegations were still fine tuning language in a common statement on car tariffs, the official said. A joint news conference between Mr. Trump and Mr. Juncker was hastily being organized as the meeting was coming to an end.