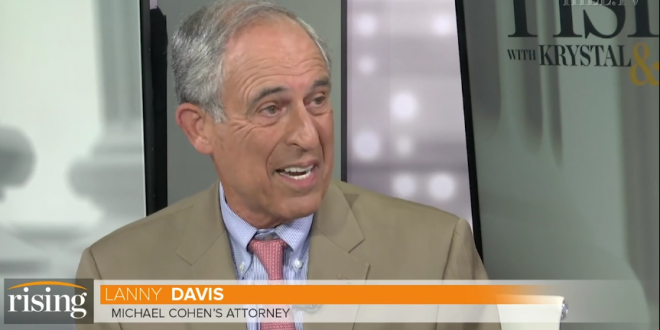 Michael Cohen’s new attorney says his client has made a “declaration of independence” from Donald Trump and no longer would take a bullet for the president in any investigation. Attorney Lanny Davis told The Hill‘s new morning show Rising with Krystal Ball and Buck Sexton that Cohen’s statements to ABC News’ George Stephanopolous in a July 2 interview were not a plea to get Trump to pay his legal bills but rather an act of separation.

“There’s a reason that he said at the very end of the interview with Mr. Stephanopoulos that he took these contrary positions to Mr. Trump, who he previously said he would take a bullet for, a comment that I believe he would not say today,” Davis said in an interview to air Wednesday morning. “The reason he said is, ‘I will not be a punching bag as part of somebody else’s defense strategy,'” Davis added. “This was a declaration of independence two days before July 4.”