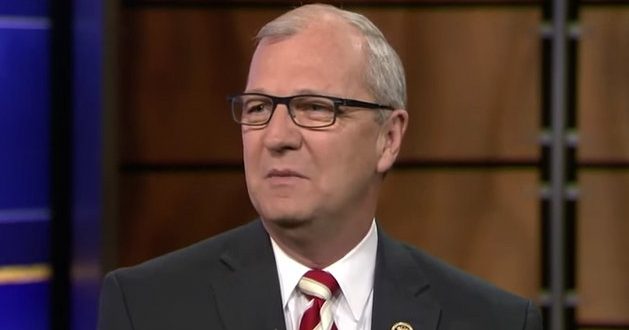 When you’re not extreme enough for the Koch Brothers:

The powerful Koch political network won’t help the Republican nominee in a crucial Senate race less than 100 days before the midterm elections, saying Rep. Kevin Cramer (R-N.D.) doesn’t do enough to further the Koch’s policy issues to warrant their help in the race. The announcement — made in front of hundreds of top conservative donors — came as the Koch network took steps to distance itself from the Republican Party during a weekend retreat.

Cramer, Americans for Prosperity president Tim Phillips told the donors, co-sponsored legislation to reauthorize the Export-Import Bank and is “inconsistent” on a range of other issues that are key to the Koch network, such as reducing government spending and free trade. Cramer is challenging Sen. Heidi Heitkamp (D-N.D.) in a must-win contest that could decide the balance of power in the Senate during the next Congress.

RELATED: Cramer last appeared on JMG in April when he compared voting against Trump to cheating on one’s spouse. Last year he mocked female Democrats for wearing white pantsuits to a Trump speech, saying “There is a disease associated with the notion that a bunch of women would wear bad-looking white pantsuits in solidarity with Hillary Clinton to celebrate her loss. You cannot get that weird.” Cramer basically opposes civil rights for everybody except white Christian men and is known to quote scripture in his rants against food stamps.