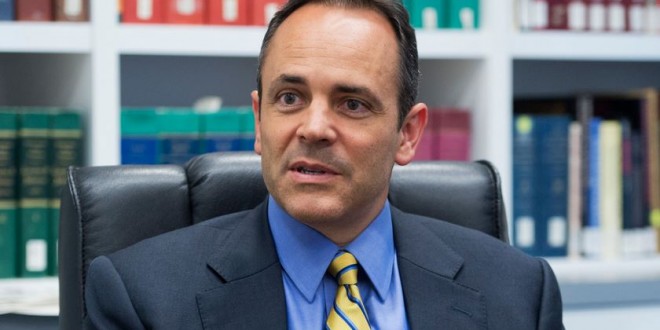 Gov. Matt Bevin’s administration has abruptly cut Medicaid dental and vision benefits to nearly half a million Kentuckians, prompting an outcry from Democrats who called the Republican governor’s decision “rash.” Louisville Democrats will hold a press conference Monday to denounce the decision over the weekend to cut benefits after Bevin’s Medicaid overhaul plan was rejected Friday by a federal judge in Washington D.C.

“We are concerned about rash decisions made in response to the court ruling,” said state Rep. Joni Jenkins, who will be among those speaking at the 10 a.m. event at 712 East Muhammad Ali Blvd. “We call for thoughtful discussions involving the administration and the many statewide stakeholders in the path forward in assuring Kentucky’s working families have healthcare.”

A federal judge has blocked work requirements for Medicaid patients in Kentucky, just days before new rules mandated by Gov. Matt Bevin’s administration were set to go into effect.

He writes that in approving Kentucky’s work requirement proposal, Health and Human Services Secretary Alex Azar “never adequately considered whether Kentucky HEALTH would in fact help the state furnish medical assistance to its citizens, a central objective of Medicaid.”