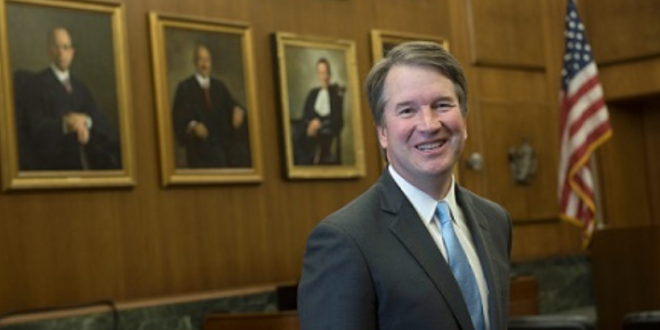 It’s rather interesting that this is just coming to light:

Supreme Court nominee Brett Kavanaugh in 2012 sided with the future U.S. president’s casino in a case over unionization, Bloomberg reported. Kavanaugh threw his weight behind Trump Entertainment Resorts’ successful attempt to end a unionization effort at one of its casinos six years ago.

He voted with two other Republican-nominated judges on the D.C.-based federal appeals court to set aside an order by the National Labor Relations Board (NLRB) that would have required the Trump Plaza Hotel and Casino in New Jersey to bargain with the United Auto Workers.

Labor advocates point to this ruling as evidence that Kavanaugh’s appointment could lead to the targeting of laws to protect workers and specifically target the dwindling number of unions in the U.S.

Bloomberg’s report is behind their paywall.