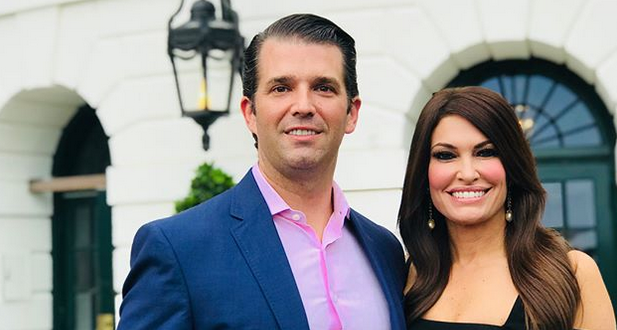 Donald Trump Jr. brought Fox News host Kimberly Guilfoyle to his father’s Fourth of July festivities at the White House. President Trump’s eldest son has reportedly been dating Guilfoyle since he announced his split from his wife Vanessa Trump.

Trump Jr. posted a picture with Guilfoyle Wednesday on Instagram. “It was great meeting all the veterans and active duty service members visiting the White House,” Trump Jr. wrote. “Today is America’s birthday, and we are making it GREAT again!”

In May, Junior filed a demand for his wife Vanessa’s financial information after it was reported that her family had sold their stake in a marinara company for $415 million.

An incredible afternoon at the White House! Thankful and proud to be an American! God bless all our troops & God keep our nation safe. Happy Independence Day 🇺🇸❤💃🏾@donaldjtrumpjr