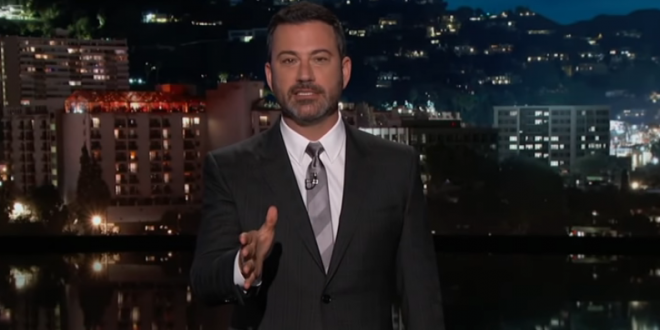 Jimmy Kimmel: We Now Know Beyond A Treasonable Doubt That Putin Has Incriminating Video Of Trump

“Well, I guess that settles it. There you go. If you’re wondering whether or not Vladimir Putin has an incriminating video of Donald Trump, we now know beyond a treasonable doubt he does. This wasn’t a good day for Donald Trump. We haven’t seen an American so owned by a Russian since Rocky IV. Putin’s just having fun with this now. He actually offered to have his intelligence agents investigate the hacking of our election. That’s like Papa John offering to investigate who’s been saying all the racist stuff at the company.” – Jimmy Kimmel, in last night’s monologue. Many more zingers below.

Previous State TV Host Begs Trump: You Can Fix This [VIDEO]
Next Maddow: Prepare For The Worst Case Scenario [VIDEO]