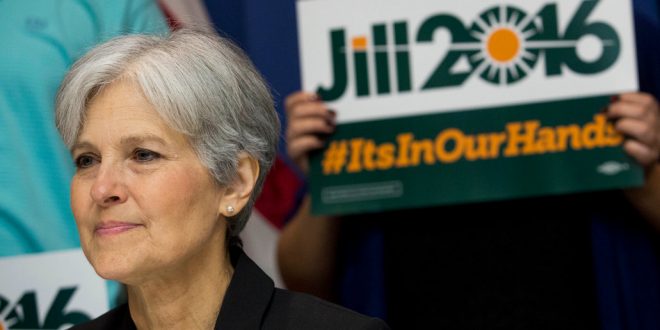 Money that Jill Stein raised to recount votes in 2016 swing states is being used by her campaign to pay for legal bills stemming from the investigation of Russian interference in the last presidential election. In June, The Daily Beast reported that the the U.S. Green Party candidate’s campaign, which raised $7.3 million for recounts in Michigan, Wisconsin and Pennsylvania, had in 2017 stopped disclosing its monthly spending with the Federal Election Commission. Later that month, the Jill Stein for President committee filed a slew of reports that reveal spending on lawyers who are not trying to get inside any voting machines.

At the end of May 2018, according to the most recent FEC filing, the Stein campaign paid the “Partnership for Civil Justice” $66,441.60; that is on top of a $31,536 payment made in January, and more than the Stein campaign had in cash on hand by November 2016. The Partnership for Civil Justice Fund is a nonprofit law firm whose mission is to “defend and advance fundamental civil, constitutional and human rights,” per a 2016 IRS filing. On its website, the group notes that it is representing Stein in her dealings before the the U.S. Senate Select Committee on Intelligence.