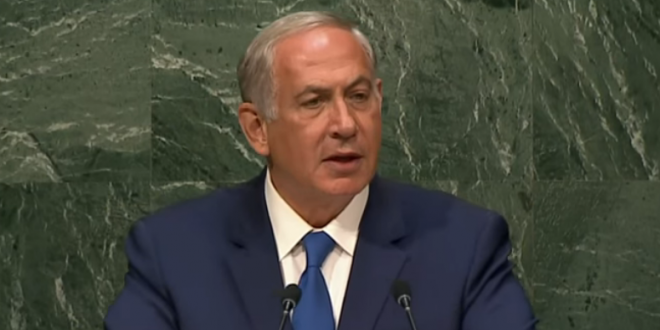 Israel’s parliament approved a controversial piece of legislation on Thursday that defines the country as the nation-state of the Jewish people but which critics warn sidelines minorities. The government says the bill, passed in the early morning hours, will merely enshrine into law Israel’s existing character. Prime Minister Benjamin Netanyahu called its passage a “historic moment in the history of Zionism and the history of the state of Israel.”

“Israel is the nation state of the Jewish people, which honors the individual rights of all its citizens,” he said. “I repeat this is our state. The Jewish state. Lately, there are people who are trying to destabilize this and therefore destabilize the foundations of our existence and our rights,” he added. “So today we have made a law in stone. This is our country. This is our language. This is our anthem and this is our flag. Long live the state of Israel.”

Top Palestinian negotiator Saeb Erekat panned a new Israeli Basic Law on Thursday that enshrines Israel as the national home of the Jewish people, contending that it “legalizes apartheid.” Early Thursday morning, the Knesset passed the law, which has been dubbed “the nation-state Law,” with 62 lawmakers voting in favor, 55 opposed and two abstaining, after hours of heated debate in the Knesset chamber.

“The ‘Jewish Nation-State’ [law] officially legalizes apartheid and legally defines Israel as an apartheid system,” Erekat tweeted from the PLO Negotiation Affairs Department account. “[It is] a dangerous and racist law par excellence. It denies the Arab citizens their right to self-determination to instead be determined by the Jewish population.” Similar to a constitution, the Basic Laws underpin Israel’s legal system and are more difficult to repeal than regular laws.

The nation-state law also includes clauses stating that a “united Jerusalem” is the capital of Israel and that Hebrew is the country’s official language. Another says that “the state sees the development of Jewish settlement as a national value and will act to encourage and promote its establishment and consolidation.”

It passed after a long and stormy debate that began in the afternoon, with lawmakers voting on hundreds of clauses presented by the opposition that objected to differents parts of the bill. Immediately after the law passed, Arab lawmakers tore copies in protest, and were subsequently removed from the Knesset plenum hall.

Lawmaker Ayman Odeh, chairman of the Joint List, released a statement saying that Israel “declared it does not want us here” and that it had “passed a law of Jewish supremacy and told us that we will always be second-class citiziens.”

The European Union on Thursday said it was concerned about a new Israeli law which declares that only Jews have the right of self determination, and said it would complicate a two-state solution to the Israel-Palestinian conflict.

“We are concerned, we have expressed this concern and we will continue to engage with Israeli authorities in this context,” a spokeswoman for EU foreign affairs chief Federica Mogherini told a news briefing.

“We’ve been very clear when it comes to the two-state solution, we believe it is the only way forward and any step that would further complicate or prevent this solution of becoming a reality should be avoided,” she said.