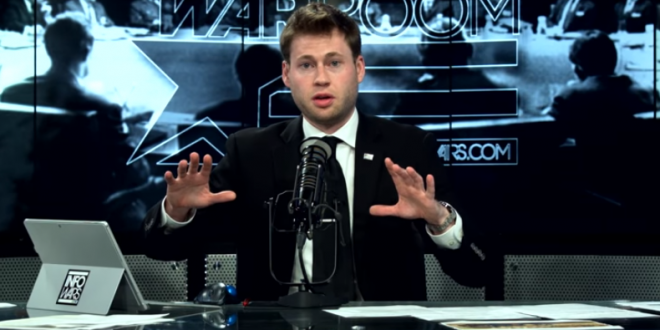 “Let’s take this report for what it is and say that’s accurate information. Well, I would say, thank you, Russia. How about you? Why would the documents have affected the election so much unless it exposed corruption from inside the Democrat Party and the Hillary Clinton campaign? Which it did. Now, whether you believe these indictments are real or not and these people were behind the hacking, it doesn’t matter because the documents got out.

“We read them. We saw the emails. We know who Hillary is. We know who the Democrats are. That doesn’t change. But they think they can divert the attention off of all of their corruption by crying, ‘Russian collusion, Trump’s Russian, Trump never won the presidency.’ Even though they’re the ones that tried to rig the election. They are the ones that did rig the primary. It’s a joke.” – InfoWars host Owen Shroyer, reacting to today’s indictments.

Trump always has my back. pic.twitter.com/dOboBUEhoC