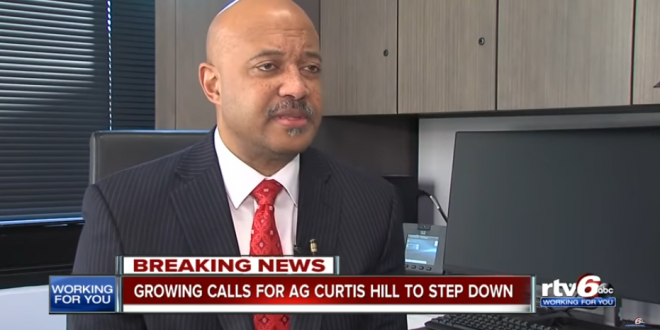 Two more Republicans are calling on Indiana Attorney General Curtis Hill to resign amid claims he drunkenly groped four women, including a lawmaker. Lt. Gov. Suzanne Crouch said in a statement late Thursday that she supports Gov. Eric Holcomb’s call for Hill to step down. She says “sexual harassment should never be tolerated.” Secretary of State Connie Lawson also urged Hill to resign, saying in a statement that “Indiana has no tolerance for harassment of any kind.”

Holcomb and Republican legislative leaders called on Hill to step down earlier Thursday, just days after an internal legislative investigation memo was leaked. The memo says four women accused Hill of inappropriate touching at an Indianapolis bar in March, shortly after this year’s legislative session ended. Hill also is a Republican. He has denied the accusations.

Previous Carter Page: No Concern That FBI Has Dirt On Me
Next Trump To Mostly Avoid London During UK Visit