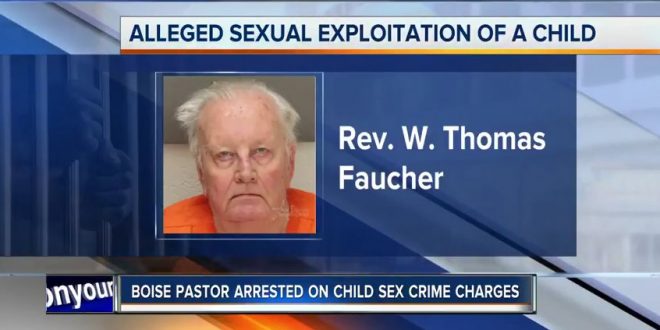 The house where a retired Boise priest lived for 15 years — until he was accused in February of sharing child pornography online and of drug possession — has been cleaned out, freshened up and blessed by an exorcist, according to the priest preparing the property for sale.

“We bless houses all the time,” said Father John Worster, pastor at St. Mary’s Catholic Church the past three years. “I had our diocesan exorcist and his prayer team come and pray over the house.” Exorcism is the warding off of demons or evil spirits. It’s more commonly performed on people than houses.

There were 10 people from the diocese exorcism prayer team at the Holly Hill house; they are parishioners from different churches in the Valley. Many are prominent members of the community but don’t want to be identified publicly, Worster said. He said he informed Bishop Peter Christensen in advance and was met with approval.

Deputy Prosecutor Kassandra Slaven asked the judge to increase Faucher’s bond amount to $1 million. She said investigators found more than 2,000 images and videos of child pornography in Faucher’s possession, some of which depicted “the extremely brutal rape and torture of children.”

She said the content was some of the worst material ever seen by the Internet Crimes Against Children Task Force and noted that it included “many, many infant children.”

Some of the images and videos included torture of adults, as well as torture and killing of animals. “There’s no doubt this defendant has very sadistic and deviant sexual interests,” Slaven said. She said there were “countless” chat conversations in which he talked about his desires to sexually abuse and kill children.